The Battle of Caporetto (12th Battle of the Isonzo) was a German – Austro-Hungarian attack against the Italian positions on the Upper Isonzo (Soča) river. It was named after the town today known in Slovenian as Kobarid. 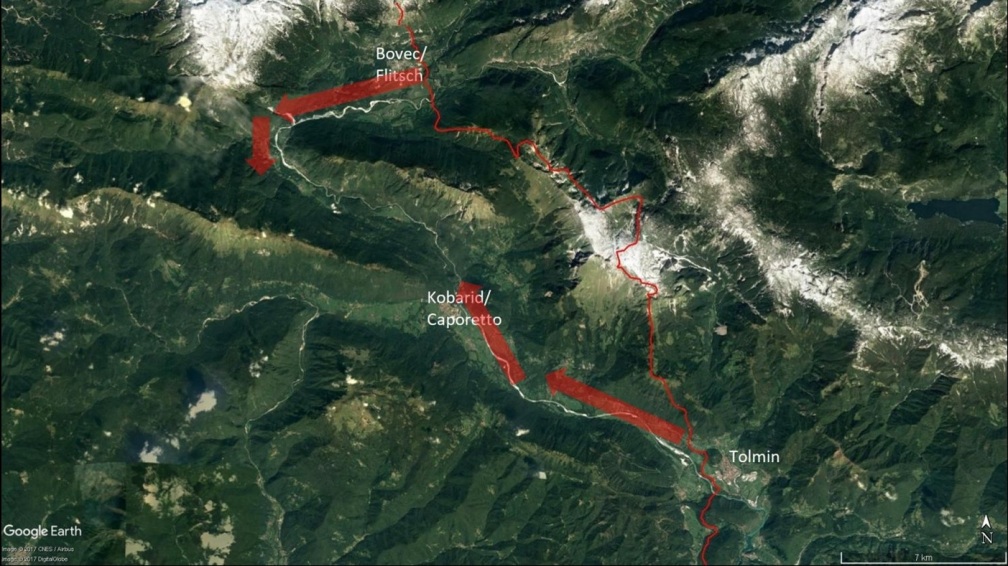 The attackers achieved a break-in by twin advances along the valley floor to bypass the Italian front line defences. In the ensuing break-through and retreat, the Italians lost 14,000 square kilometres of territory, making the gas attack the most successful ever staged. 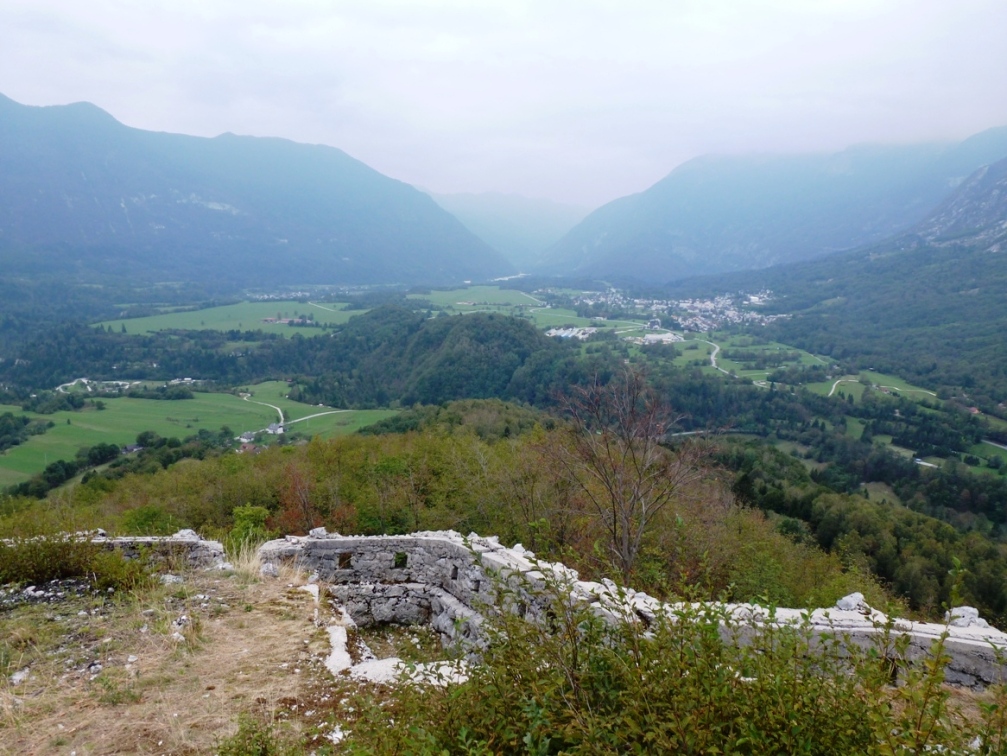 The Bovec valley from Austrian positions at Čelo (Simon Jones).

The Austro-Hungarian artillery used large numbers of gas shells to penetrate Italian artillery batteries in tunnelled mountainside emplacements. In addition, on the northern valley floor, the Germans used a new type of gas weapon to break the Italian front line positions at Bovec (Plezzo in Italian, Flitsch in German). A ravine immediately behind the Italian front, inaccessible to field artillery, was targeted with gas in the first German use of a weapon copied from the British. 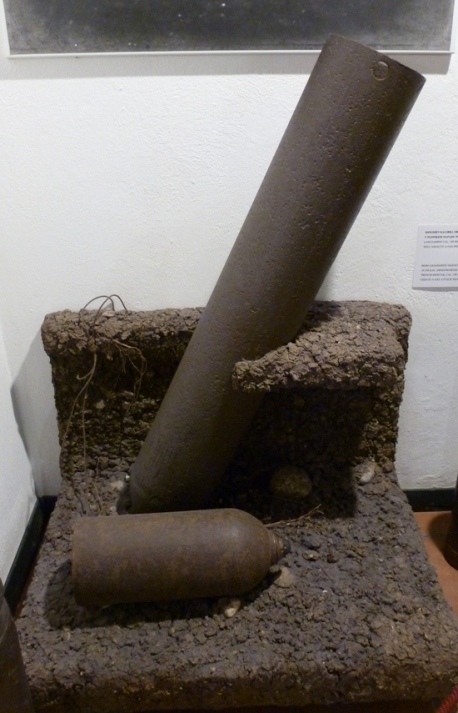 The German 18cm Projector showing how it was partly sunk into the ground, with projectile, seen in Kobarid Museum. 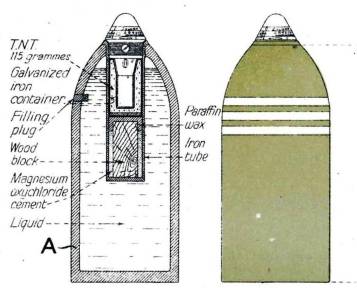 Developed during the Somme, the British Livens projector was crude but highly effective, hurling cylinders of liquid gas from hundreds of steel tubes sunk into the ground. Its devastating effect persuaded the Germans to adopt a version of the weapon, the 18cm Gas Projector, with its first use at Caporetto. 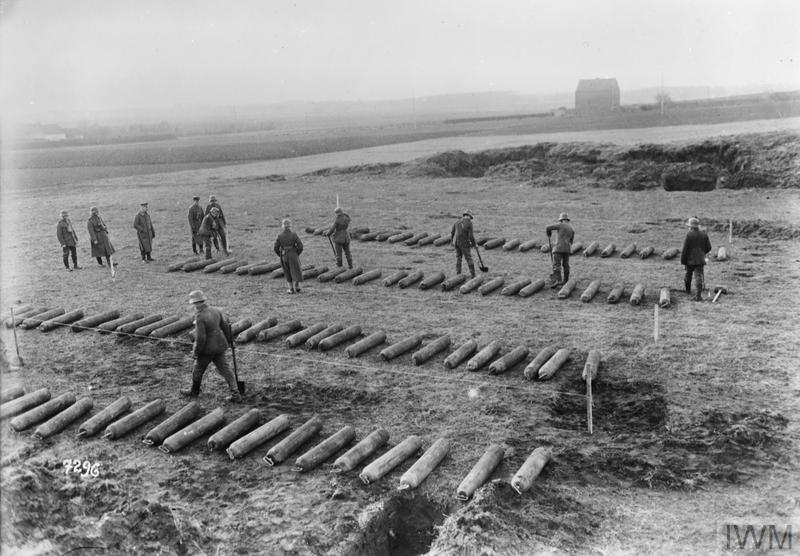 18cm Projectors laid out before being dug in, these photographs, apparently taken on the Western Front, show the same configuration as used on 24th October 1917. (IWM Q 48449).

After transportation difficulties on the narrow mountain roads, on 23rd October 1917 912 projectors were dug in about 130 metres behind the Austrian lines by the 35th Pioneer Battalion, a specialist gas warfare unit.[1] 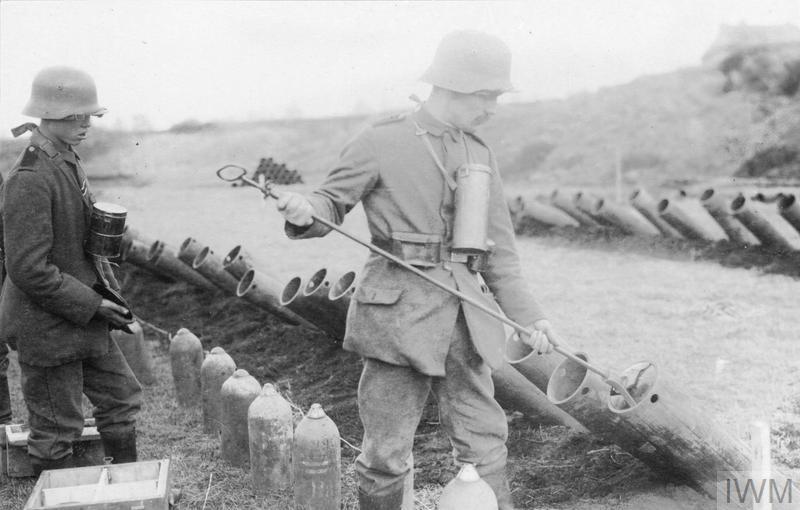 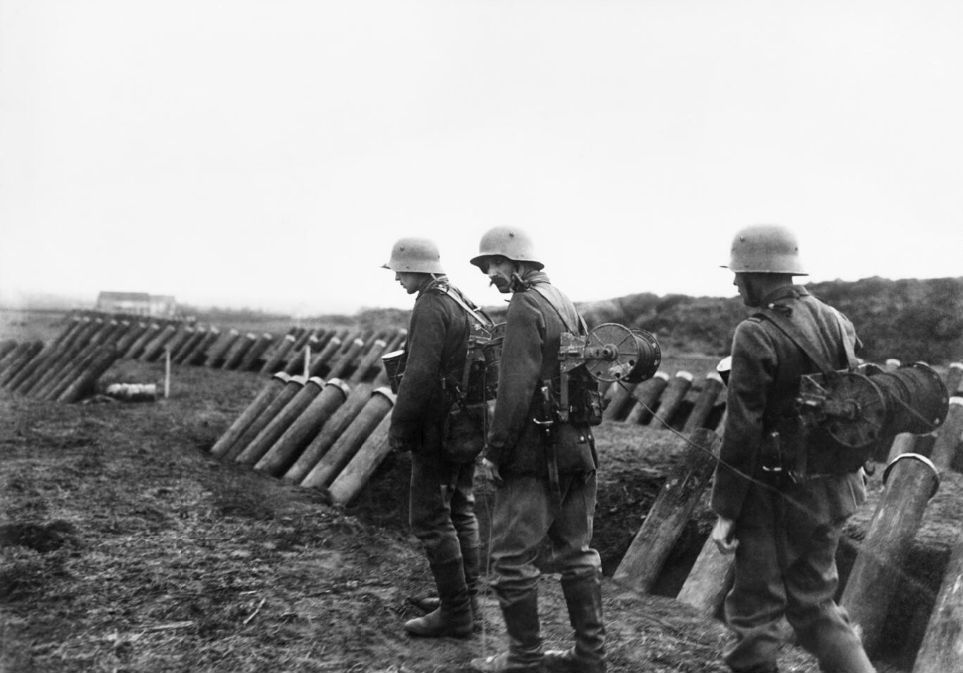 Installing the electrical cabling for the simultaneous firing of the 18cm Projectors. (IWM Q 29949)

The entrances to the gorge were targeted, with the bulk aimed at the gorge itself. Gas projectors were ideal for this position, which could only be reached by high trajectory weapons, and where the gas would form a dense concentration and penetrate many dugouts situated in the gorge. This use of the weapon mirrored one of the earliest uses of the Livens projector during the Battle of the Somme when the British fired gas into Y Ravine prior to the assault on Beaumont Hamel on 13th November 1916. 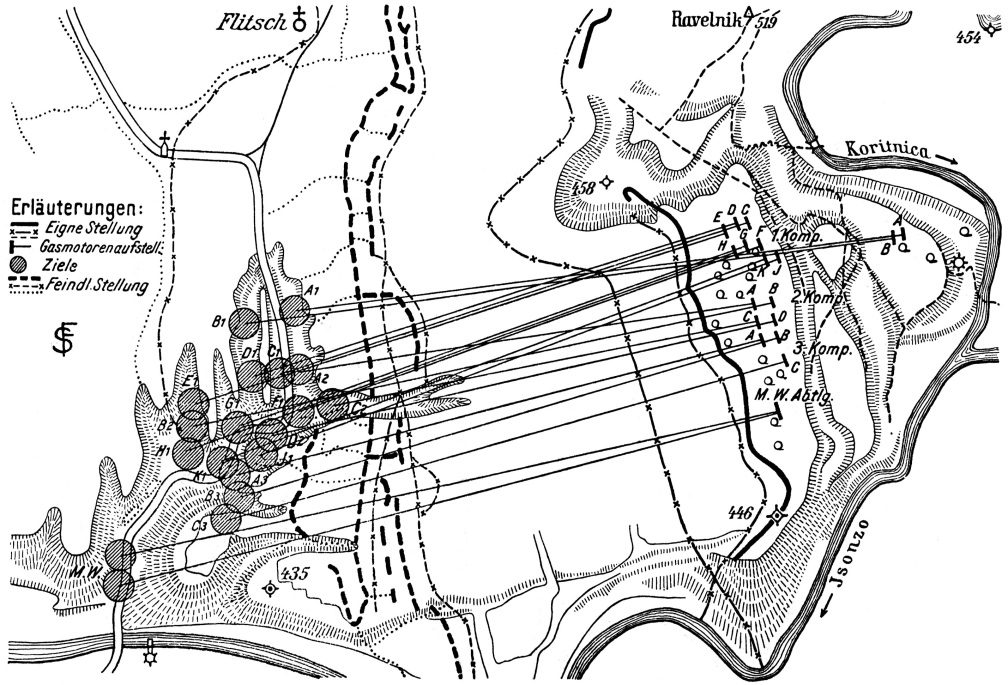 The shoot plan for the projectors installed between Bovec to the north and the Soča (Isonzo) river to the south. From Friedrich Seesselberg, Der Stellungskrieg 1914-1918, (E S Mittler and Son, Berlin, 1926), p. 419.

The artillery gas bombardment began at 2am on 24th and the projectors were fired electrically five minutes later. The simultaneous discharge was accompanied by a sheet of flame and a loud explosion. In flight, the bombs emitted a trail of sparks and made a loud whirring noise, before bursting with a sharp detonation, producing a thick white cloud.[2]

Of the total installed, 894 could be made ready for firing, and 818 bombs hurtled into the gorge filling it with about 6.5 tonnes of phosgene gas.[3] Twenty-nine projector barrels burst and seven pioneers were affected by gas; 47 failed charges were fired 35 minutes later. The pioneers then attempted to re-lay the projectors and reload them with explosive bombs, but owing to the gas and barrel bursts, they were only able to fire 269, between 6.30am and 8.30am. 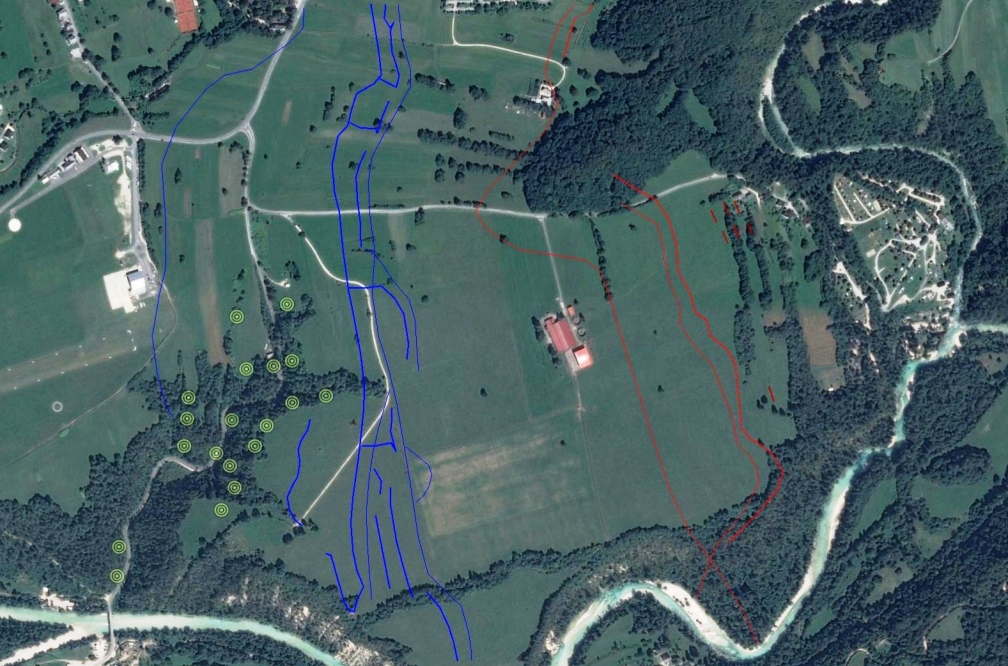 The shoot plan on a modern satellite photograph, showing the ravine behind the Italian lines targeted. (Simon Jones/GoogleEarth)

The Austro-Hungarian infantry attack was launched north of Bovec at 9am, seven hours after the gas attack. The gassed area to the south was assaulted by 140 Storm Troops from the 35th Pioneers. They encountered no resistance, just some weak machine gun fire from the far side of the Soča river.

The Pioneers found the ravine clear of phosgene but the dense concentration of highly poisonous gas had done its work perfectly. Just a few isolated Italians remained alive but badly injured. The rest of the garrison, 600-800 men, were all found dead. Only some had managed to put on their masks, after the bombs had landed amongst them. The rest were in attitudes indicating sudden death.

The absence of any resistance on the left flank of the Austrian attack enabled the whole Bovec valley to be taken with remarkable rapidity. The Italians had failed to create an in-depth defence and, within a few hours, the break-in developed into a break-through. 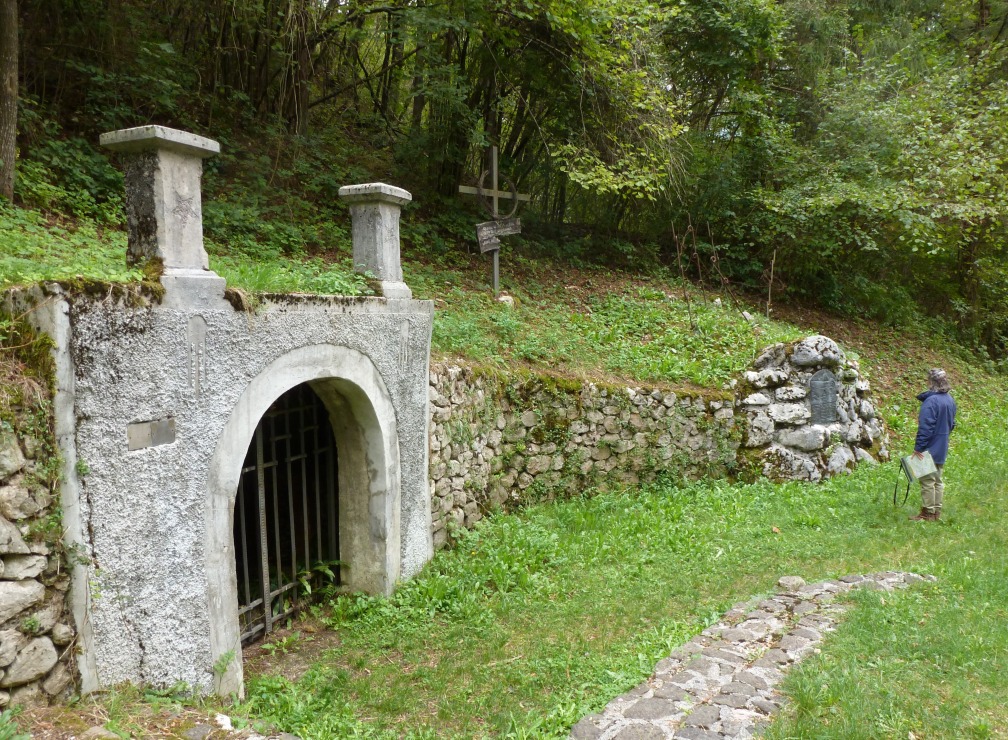 A small cavern in the ravine in which the gas victims were caught is now a monument. (Simon Jones) 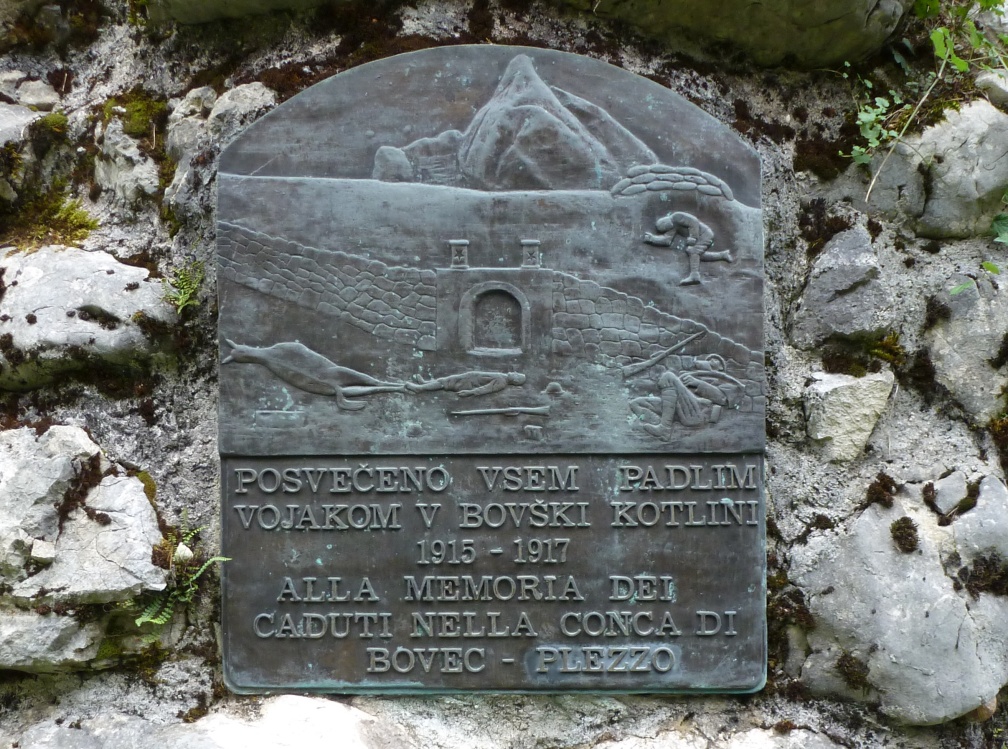 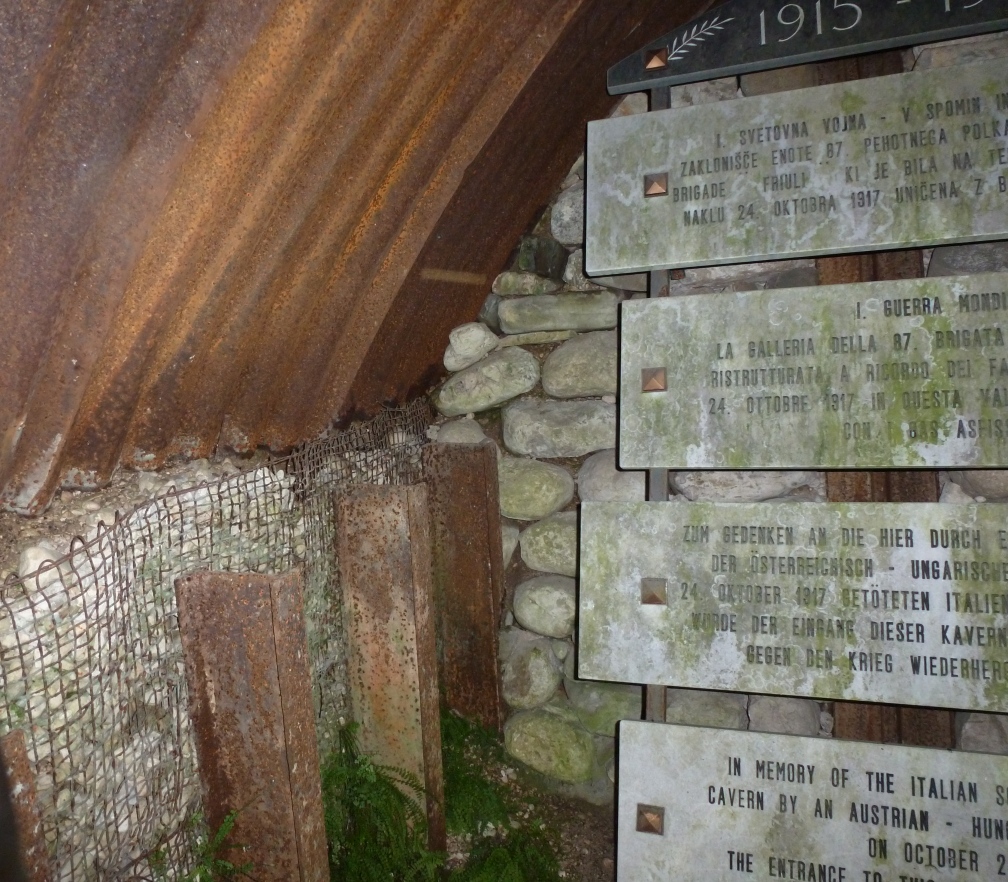 [3] Hanslian, p. 178 states that the projectiles for the 18cm Projector contained 12-15 litres of liquid gas but the British manual, S.S. 420 Notes on German Shells, second edition, (General Headquarters, 1918), reported from examination of the 18cm projectile that it contained 5.23 litres. 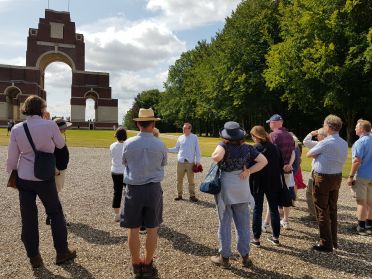 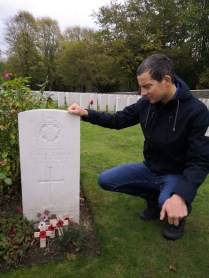 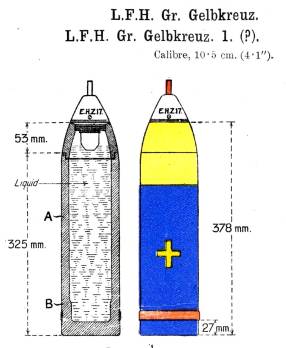 Yellow Cross: the advent of Mustard Gas in 1917 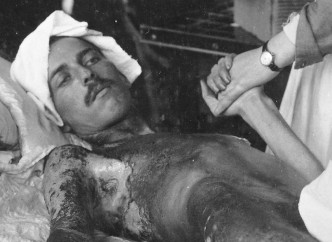 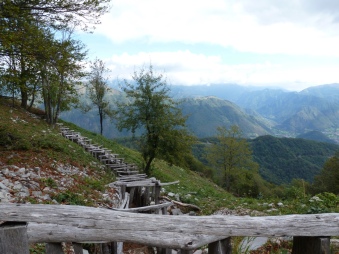 Trenches and Memorials on the Italian Front around Caporetto – 1